The day after Thanksgiving has become known as “Black Friday”, with many shoppers rushing about in search of the best deals on everything from clothing to televisions. This Black Friday for the fourth consecutive year, some members of Knights of Columbus Council 14360 spent part of their day helping those with limited funds to stay warm and happy this winter along with Brother Knights from Norwalk Council 46 and New Canaan Council 2287 and Westport Assumption Council 3688. In addition, K of C Bishop Fenwick 4th Assembly 100 joined forces to supply coats.

Brothers handed out coats for children in need at St. Joseph Church in South Norwalk as part of the Knights of Columbus Coats for Kids initiative. The coats were purchased by the four K of C Councils and 4th Degree Assembly with money generated from the council’s and Assembly’s respective fundraising activities.

The Knights of Columbus launched the coats initiative (designed to keep kids warm in harsh winter climates) in 2009. With many families with young children struggling in tough economic times, there was a clear need to provide warm winter coats to children in their communities. And so, the Knights of Columbus Coats for Kids program was born.

Since the program’s inception, the Knights of Columbus in the United States and Canada has given around 500,000 coats to children in need. Last year over 5,000 coats were distributed in various areas in Connecticut. Approximately 2,000 local Knights of Columbus councils have participated in their communities around the world. “This is the fourth year that local Knights councils collaborated to give away coats. This year we gave over 150 coats. It is an honor to help children keep warm this winter,” said Council 14360 member and CT State Knights of Columbus District Deputy and Assembly 100 Faithful Navigator George Ribellino. In addition, 2 cases of coats were delivered to the Open Door Shelter in Norwalk. 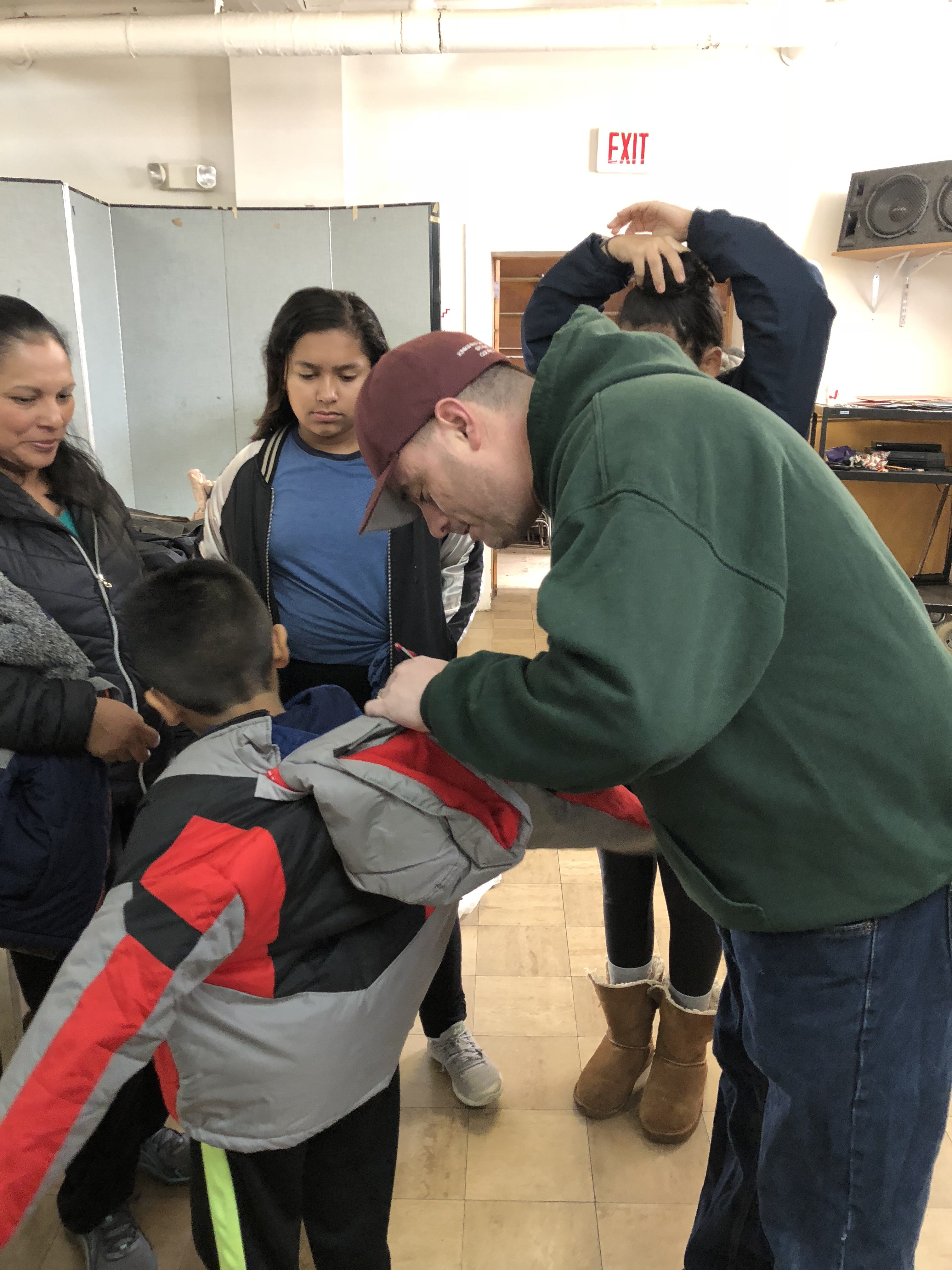 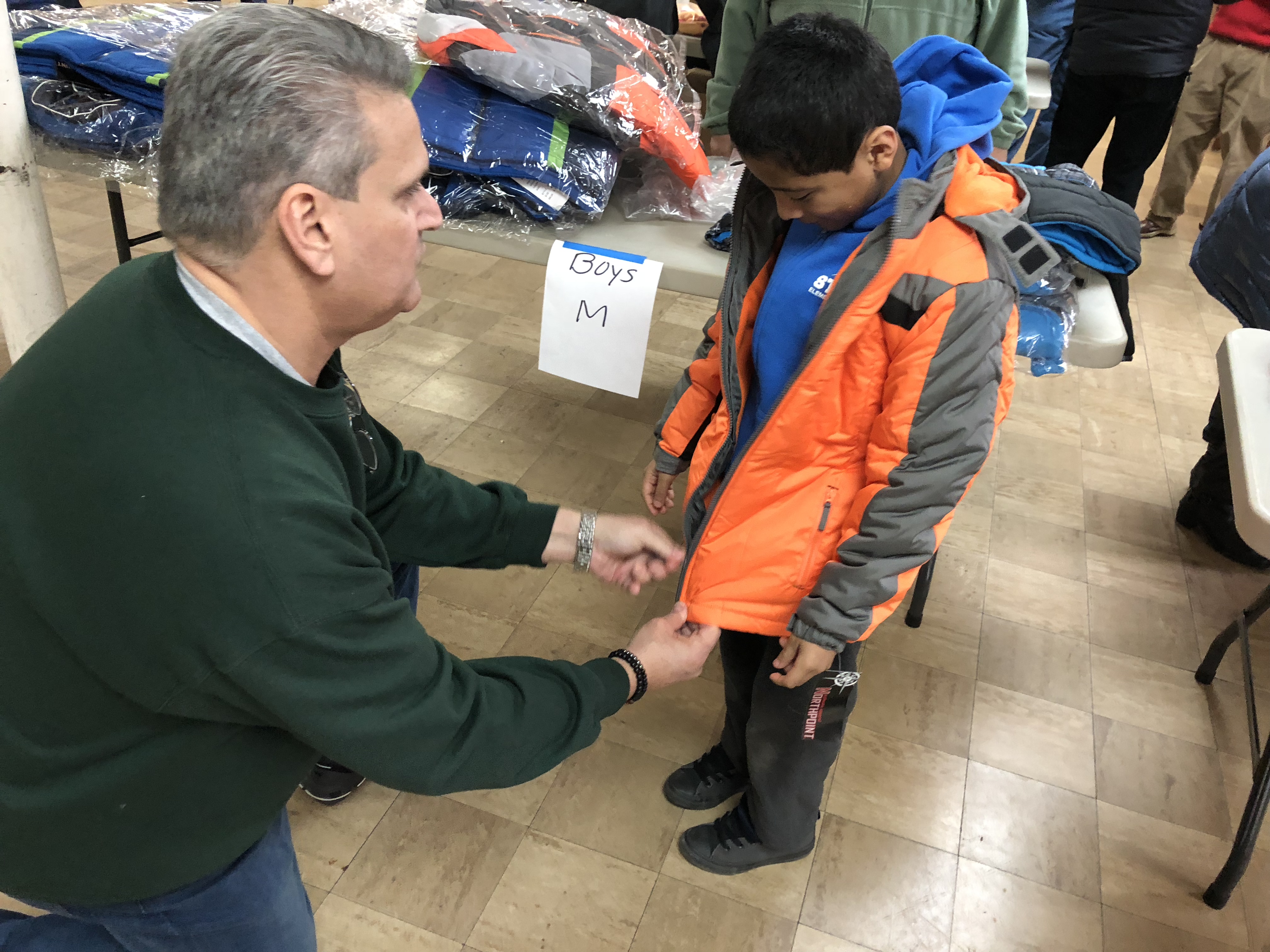 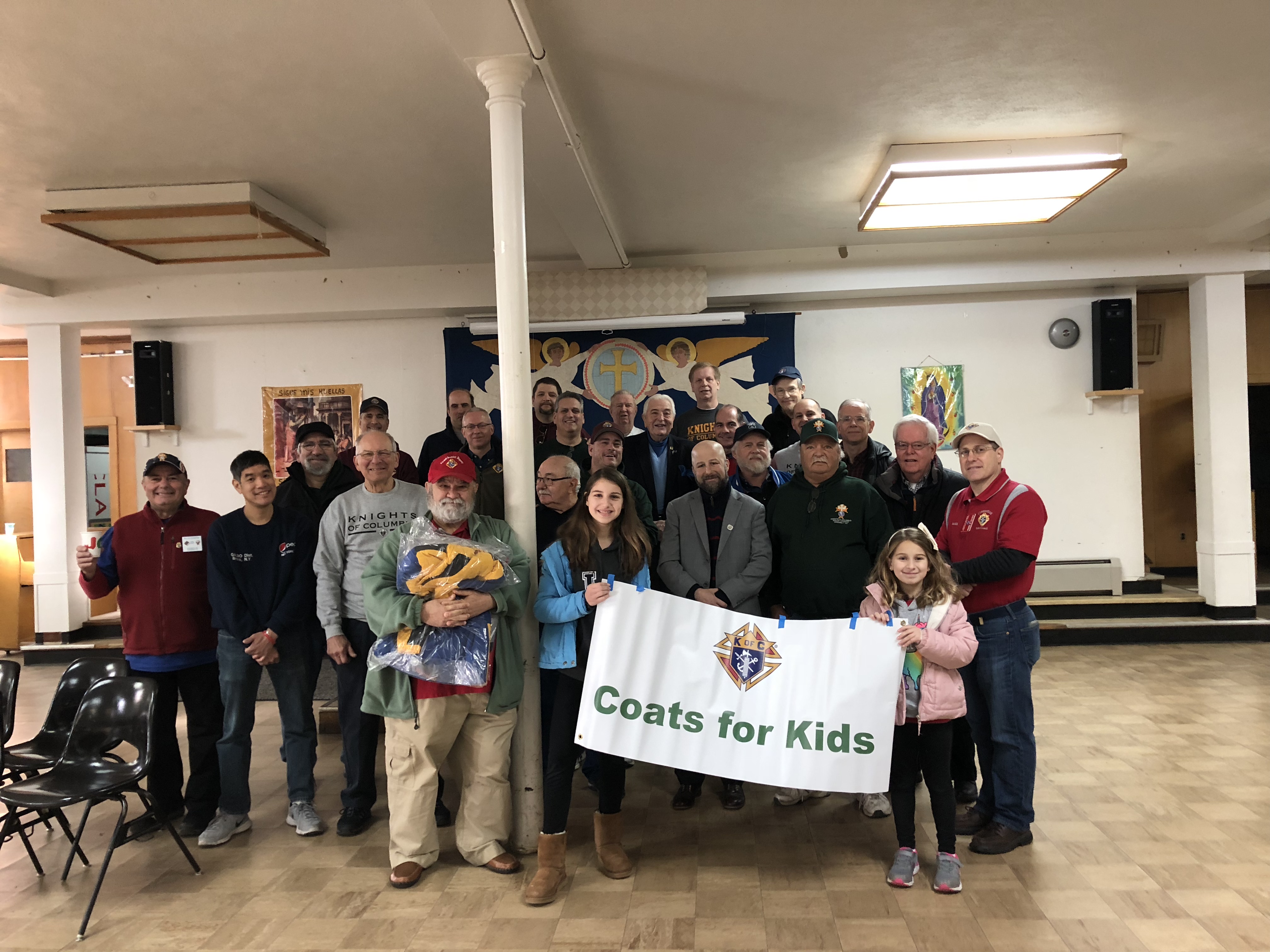